By Peter Wells
In Reviews
on May 1, 20154 min read
ShareTweetShareSubmit 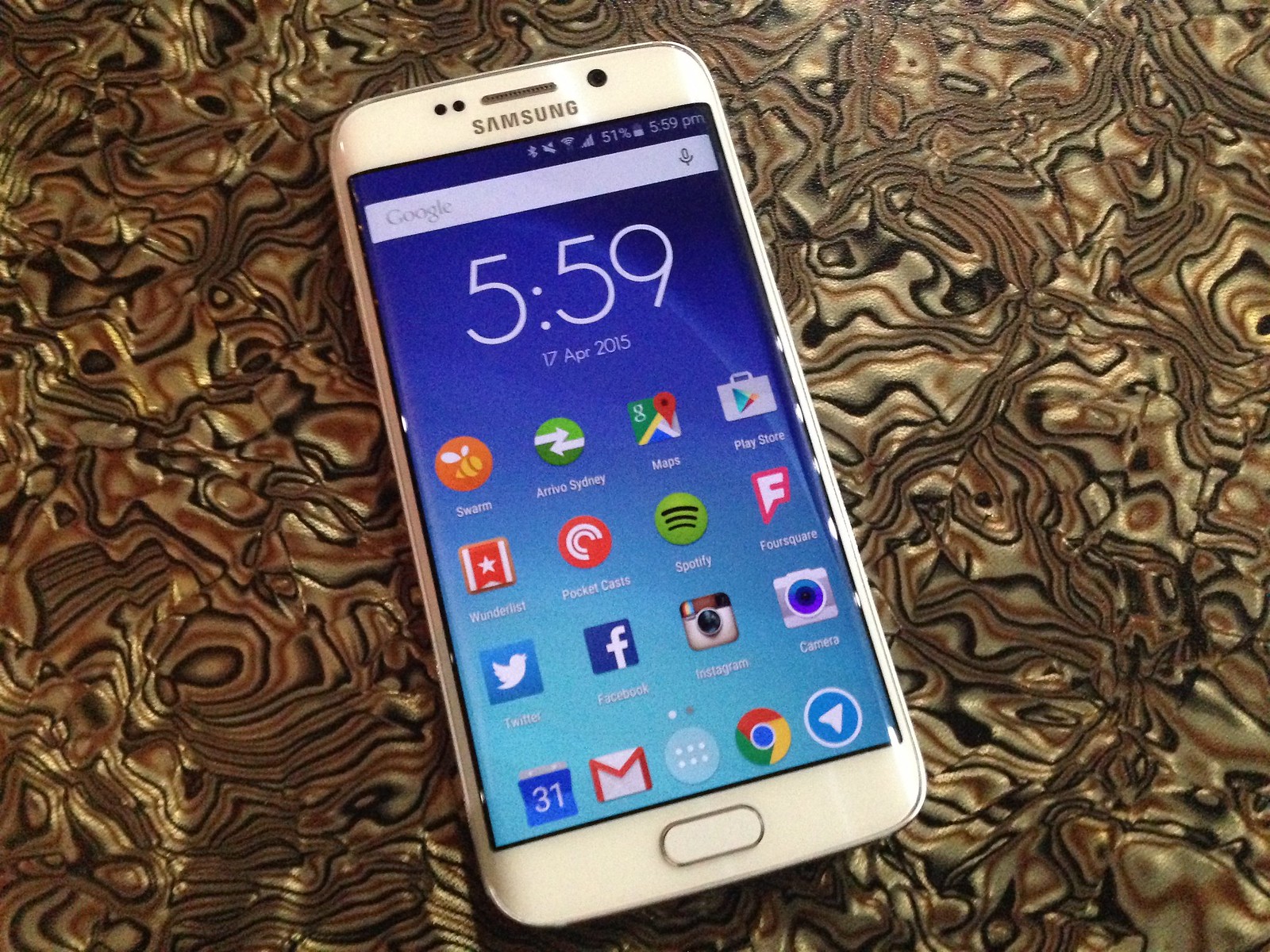 2014 was a pretty boring year for Android phones. The HTC M8 was a gorgeous bit of hardware, let down by a god awful camera. Everything else was just the same slab of plastic and glass, the only differentiator being “how much did the manufacturer ugly up KitKat?” Twenty-fifteen looks to be far more interesting; Lollipop is now standard on new devices, and with the Samsung Galaxy S6, we’ve got a piece of hardware as gorgeous as the software it’s running.

Oh, and the camera is amazing too.

I’ve never been a huge fan of Samsung’s previous hardware or software. The Galaxy S5 had a great camera and beautiful screen, but the hardware design was far from ‘flagship’, and Samsung’s interpretation of KitKat was nothing short of awful. Touchwiz – Samsung’s flavour of Android – was a UX nightmare, it was submenus all the way down. The Samsung Galaxy S4 mini was so fucking awful, you needed to wipe Samsung’s OS and install Cyanogen Mod just to stop the damn thing crashing.

So it’s incredible that the Samsung Galaxy S6 Edge is a stunning bit of hardware, running great software.

The Samsung Galaxy S6 screen is stunning, as most Samsung panels are. Say what you will about Samsung, they know how to squeeze pixels onto a screen. The panel is bright, sharp, and shows off the colourful interface  And that’s before we even get to the Edge.

What does the Edge do? Nothing. But by gosh it’s pretty. Ok, the Edge has some gimmicky features, but in a few weeks of using the phone, I haven’t used any of them. Did I mention how pretty it was, though? Fuck me, it’s gorgeous. When looking at the Edge screen in a dark room, the screen feels like its floating in your hand. Pointless? I guess. But I just can’t underline how fucking beautiful it is. I haven’t felt this impressed by a screen since first seeing a retina iPhone 4.

It’s true, the Galaxy S6 looks like a cheap iPhone knockoff, but only from this angle:

It’s a shame that Samsung have given Apple Fanboys ammunition with this one side of the phone, because from every other angle the Edge is unique. The design is more an evolution of previous Galaxy S designs, the back panel is reminiscent of the S3 and S4 designs, with shiny Gorilla Glass replacing plastic. Like a rebooted Hollywood franchise, it wisely pretends the band-aid backed S5 never happened. 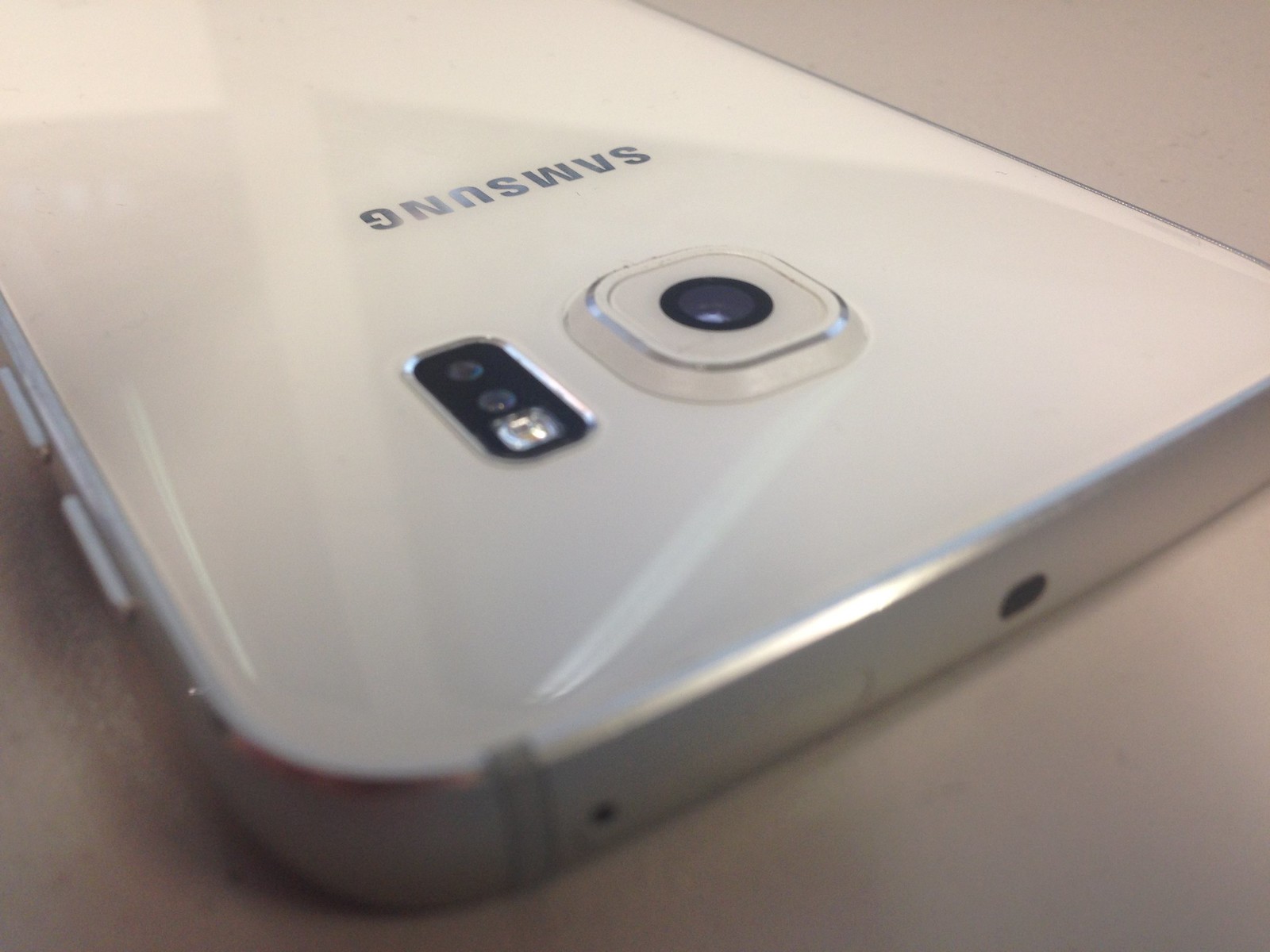 Even the Earbuds are great. Something so often neglected with Android devices.

The Galaxy S6 includes a fingerprint reader in the home button to quickly unlock the device, and thankfully it just works. Unlocking takes around a second, and  Lollipop includes a great new feature called SmartLock that enables the phone to be unlocked in your favourite places (such as your home) or when connected to a bluetooth device, like a smartwatch or fitness band – which makes getting to the phone even faster.

Google’s latest flavour of Android is so fast, so smooth, so polished. Notifications are the best on any platform, easy to see, easier to interact with, easier to dismiss. Animations are really delightful, and unlike iOS, I don’t want to disable them for being too slow. Jellybean brought Android close to iOS quality with Project Butter, but Lollipop has shot past iOS.

Thankfully, Samsung have recognised this, and for the first time in their history, they’ve realised a phone that doesn’t gunk up Android.  Notifications are clean, black text on white backgrounds. Menus are still Blue and Green, but the S6 supports themes that can change this, and the first nerd to make a “Vanilla Lollipop” theme is going to make serious money.

And for the first time in forever, I find myself constantly playing with Android themes, icon packs, and new launchers. That Edge screen is so god damn pretty, I just like playing with the phone.

The Samsung Galaxy S6 Camera is fucking amazing. I took it along to Hobart last week, kept the camera on Auto the whole weekend. Of the 280 or so pictures snapped, about 3 were unusable. That’s the kind of performance I want from a point and shoot camera or camera phone.

From high contrast shots in MONA… 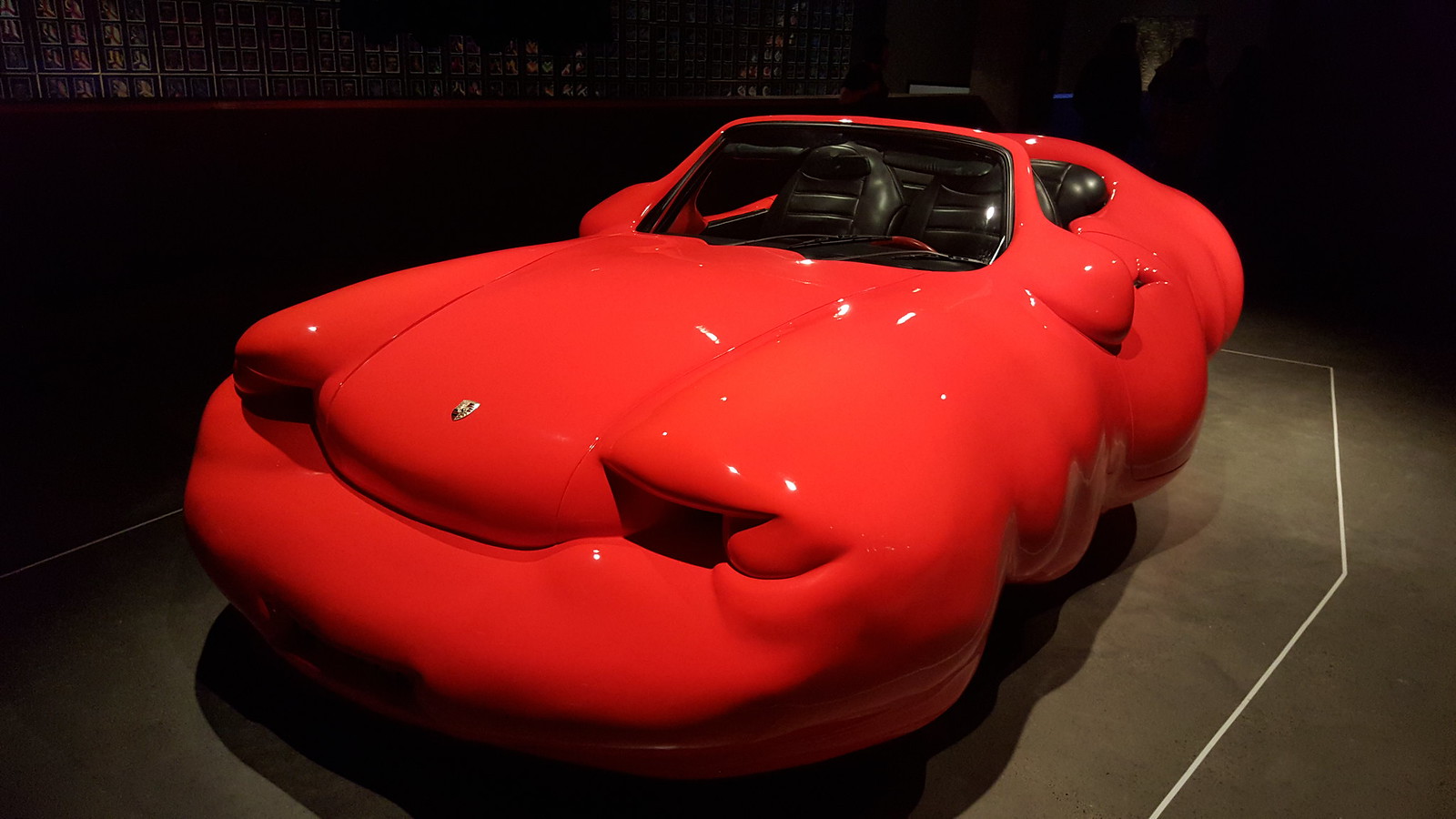 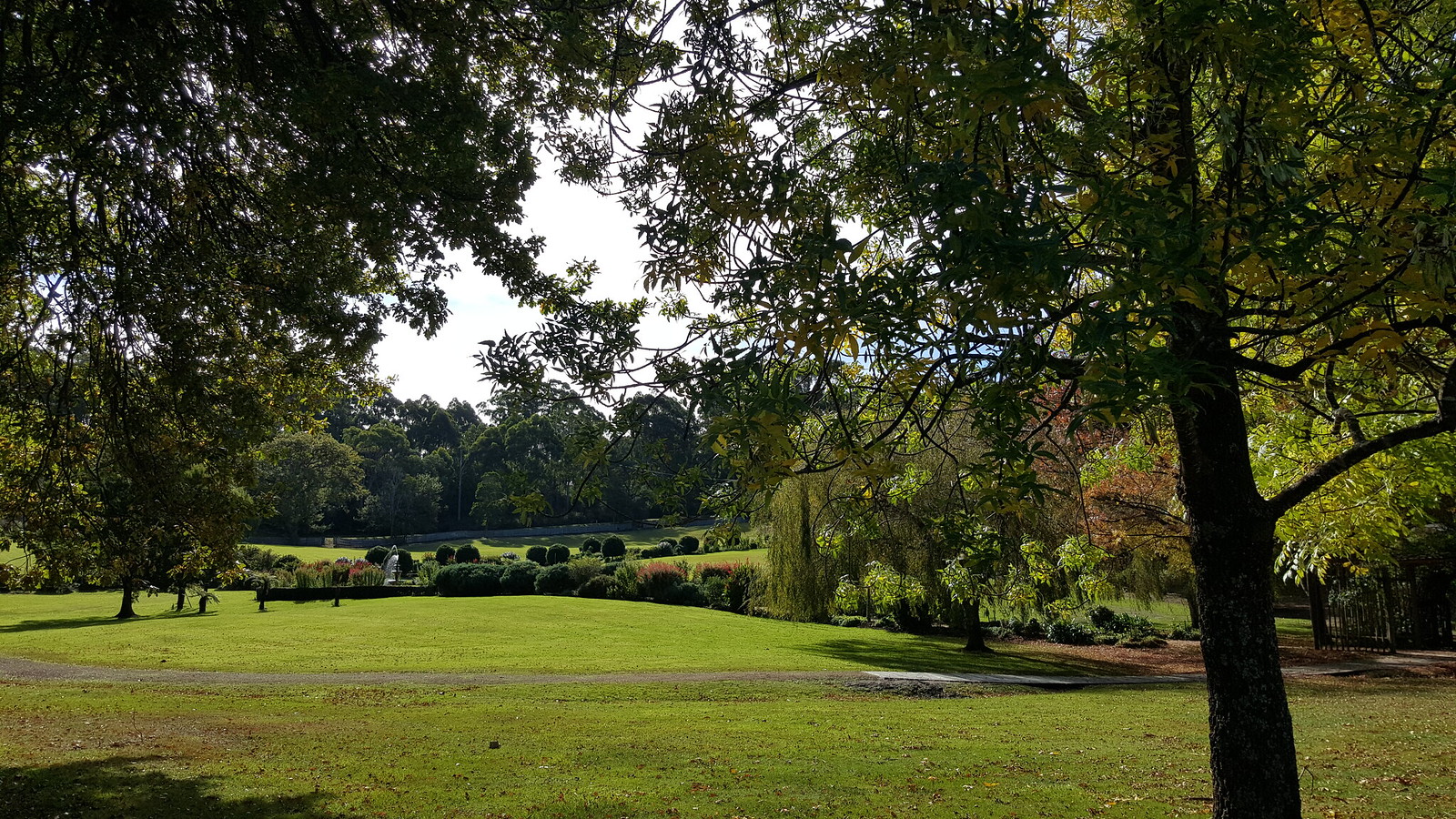 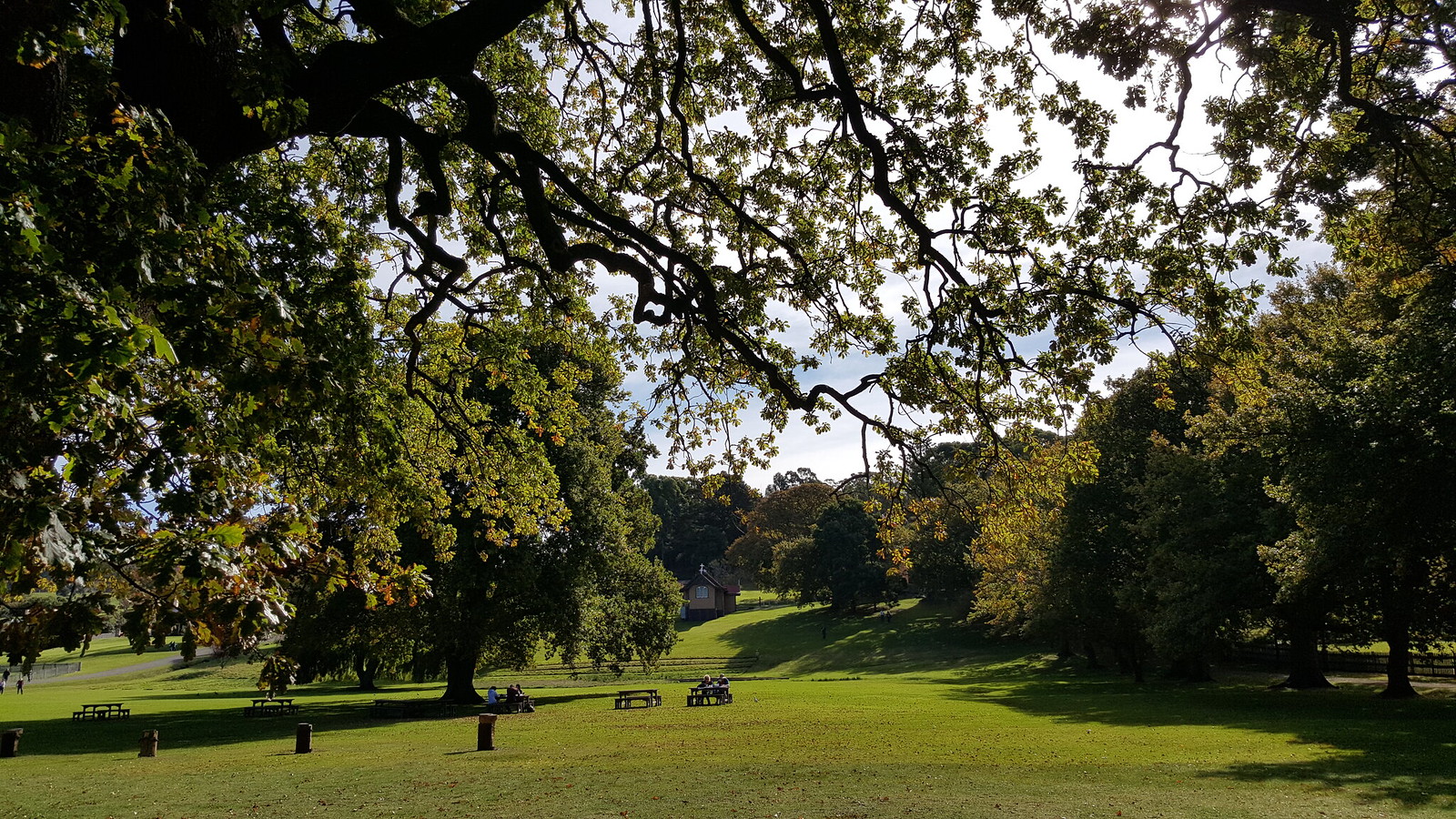 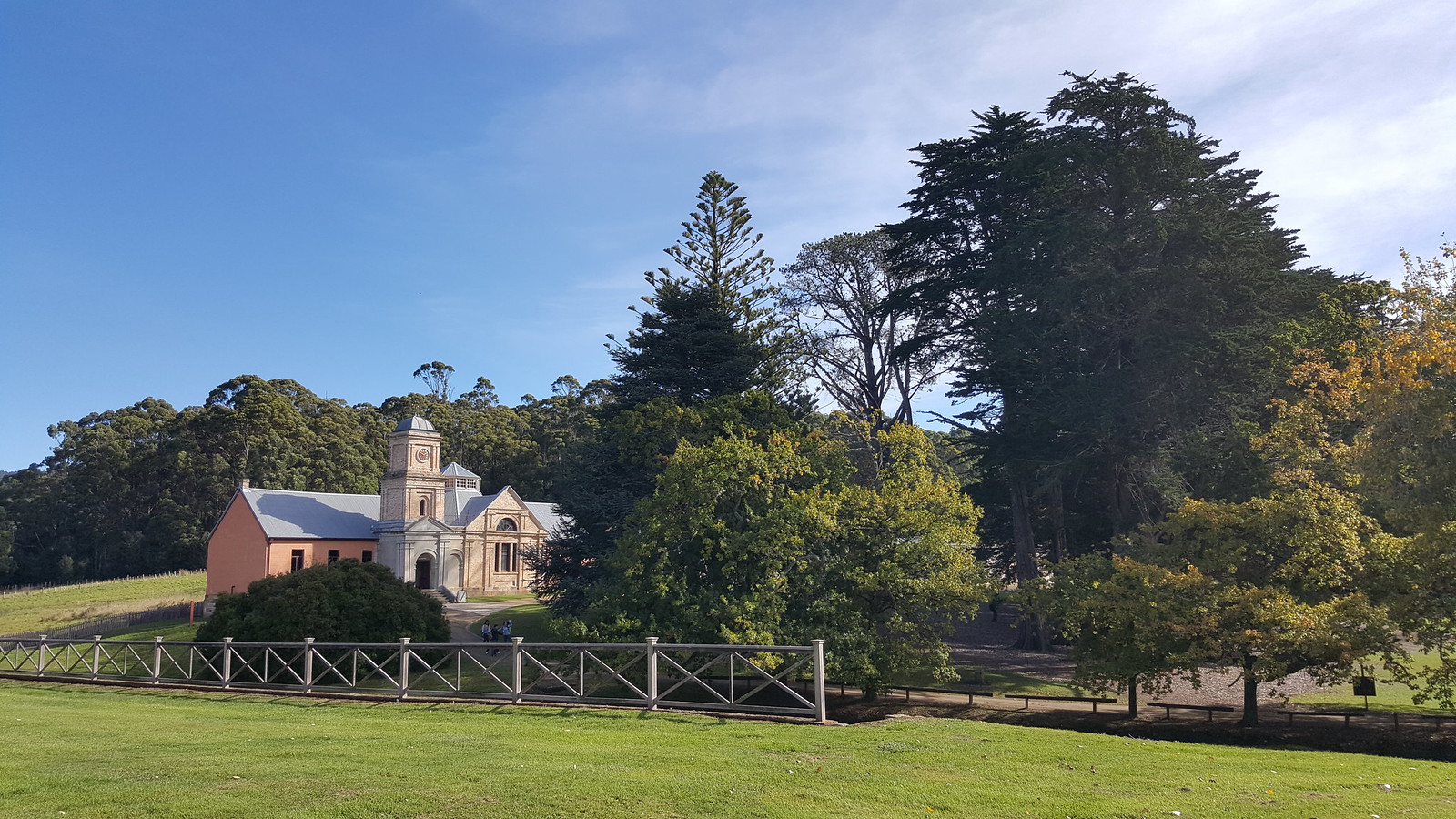 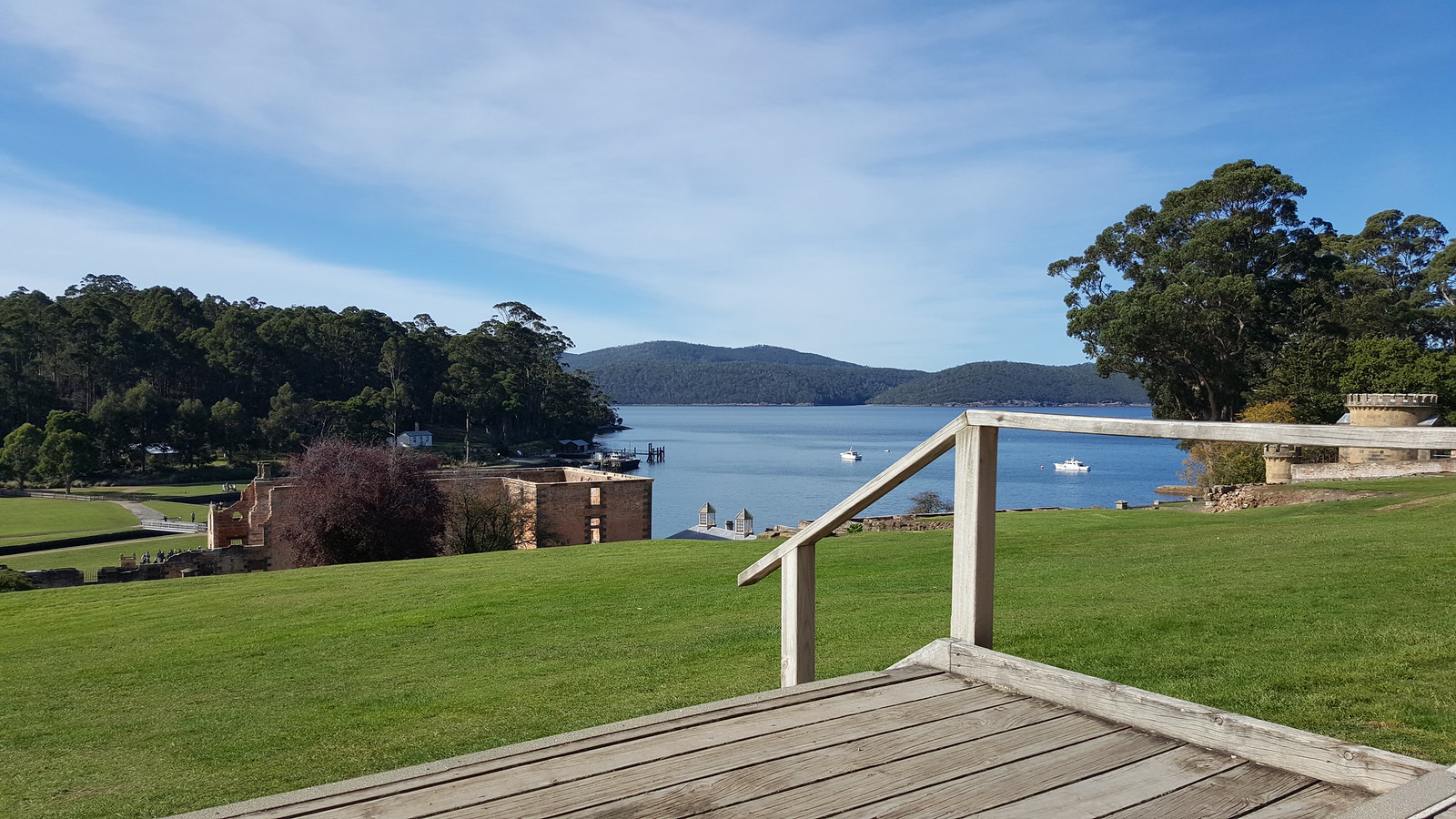 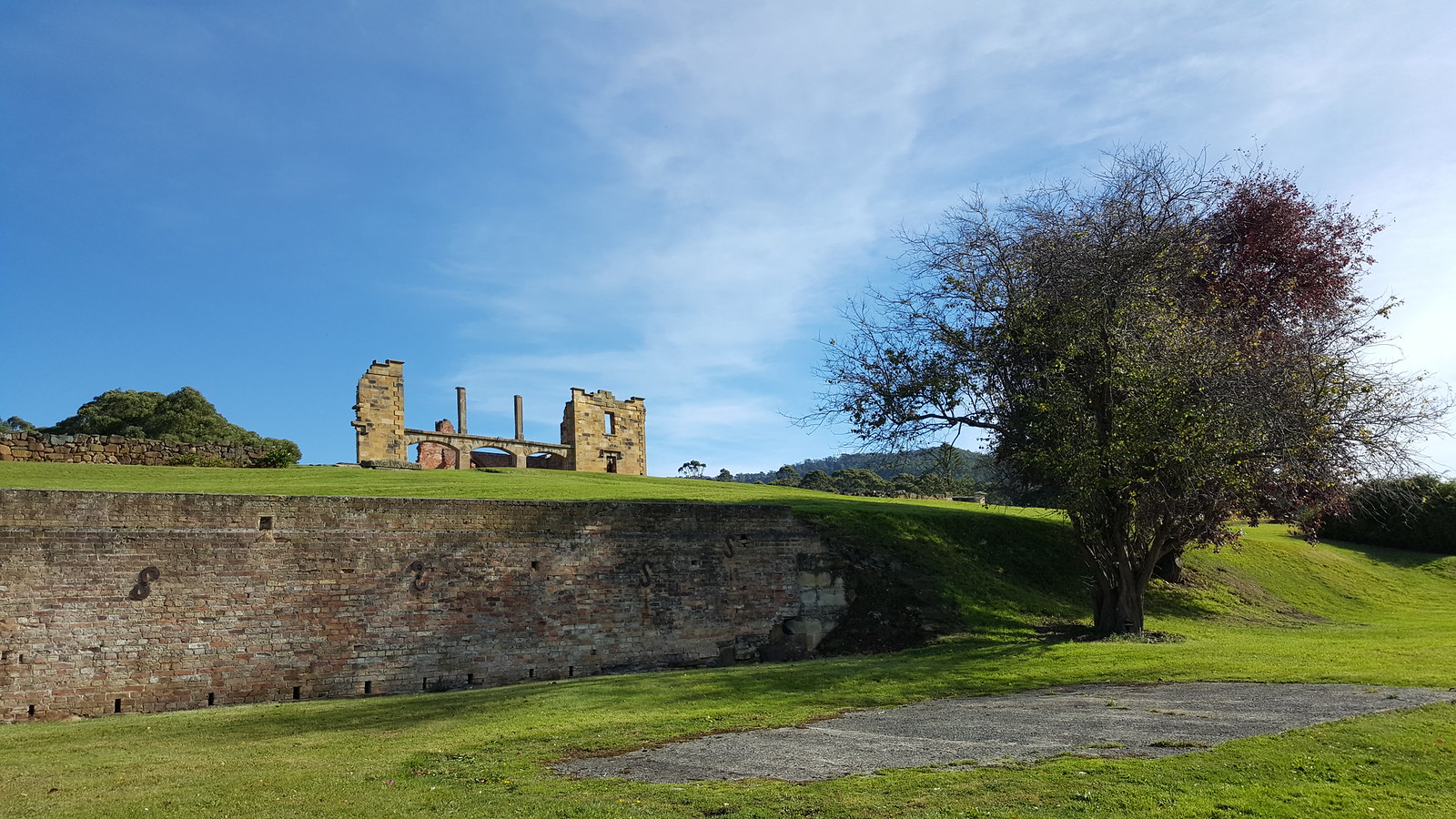 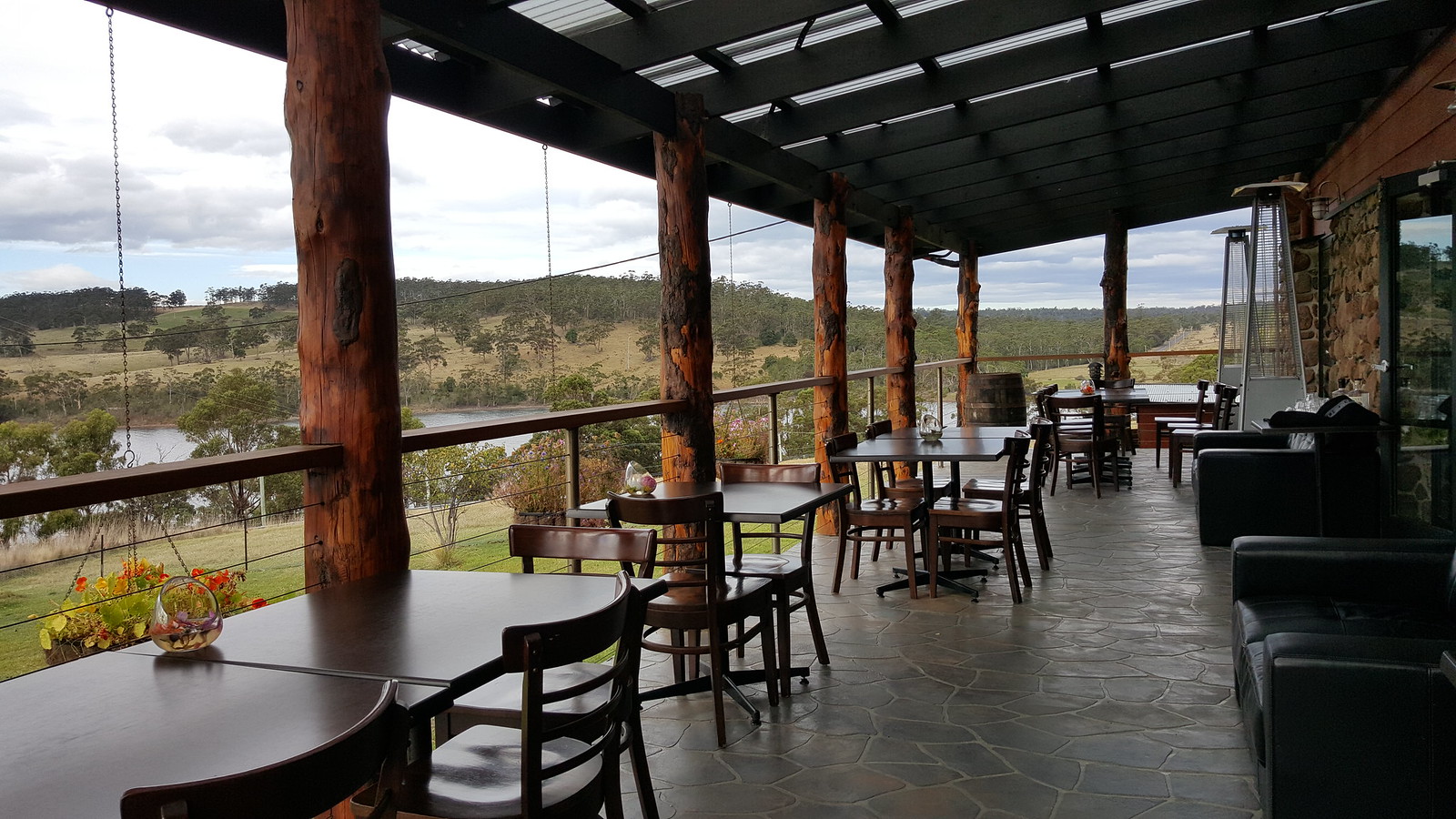 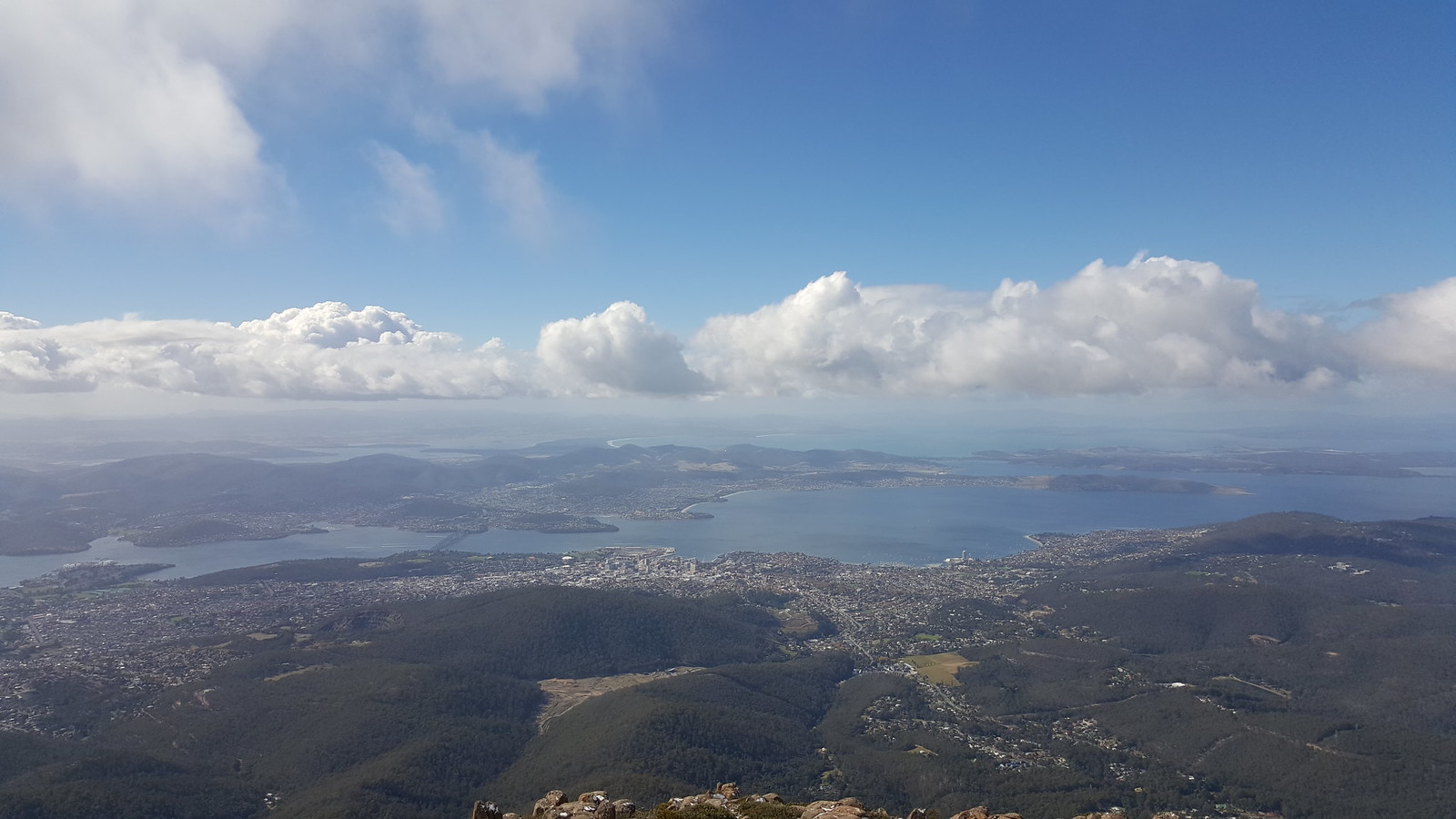 I really loved the photos from the Galaxy S6. Full set here.

I’ve been more and more impressed with Android since Jellybean was released, but it’s telling my favourite Android phone from last year was the Moto G. The Moto G is a cheap and cheerful phone, proudly mid-range, the perfect second phone to carry around with your iPhone, but you still needed an iPhone. With Lollipop, I feel Android has overtaken iOS as the mobile operating system, and with the Samsung Galaxy S6 Edge, Lollipop has gorgeous hardware to match.

The Galaxy S6 Edge is now the best phone running Android Lollipop, which makes it the best phone on the market. 2015 is going to be interesting, after all.